HOW TO WRITE A ROMANCE IN 6 EASY STEPS 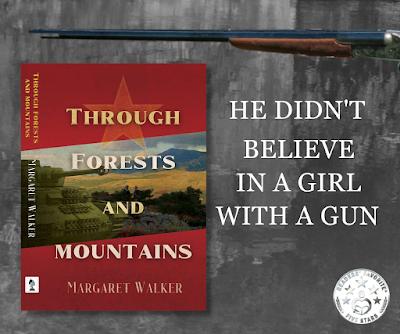 THROUGH FORESTS AND MOUNTAINS
1. GET STRAIGHT INTO IT
- nothing is worse than keeping your readers waiting.
I might be impatient, but a descriptive introduction drives me crackers. Don't do it. No matter how beautiful the writing, a romance has got to be about people, not romantic trees and flowers.

I stated my case early: this guy's got problems with women. He knows it and so does everybody else.

'You won’t be able to use the razor to shave, so beguile one of those nice nurses to do the honours. Girls love that sort of thing. Makes them feel like mothers. Let them bring out your legendary charm.'
'What legendary charm?'
‘Intimacy, Anton, that female equator you haven’t crossed yet.'

2. GIVE EACH CHARACTER A PAST
- or, as they say in the trade, a backstory.


Humans beings are fascinated by gossip, so make sure that each of your characters has a juicy past to explain their behaviour, they desires, their fears, their speech and the way in which they relate to other characters.

There on the riverbank, with his stone heart bleeding before her, stood Miroslav. Given the chance, he would expose his wound until he expired of it. None of the other women noticed the internalization that was draining him, because no one knew him as she did. Yes, she knew she’d hurt him; she knew he believed he needed her, but not for the first time, Mara wondered how someone so vulnerable could be so frightening.

3. RESOLVE ALL ASPECTS OF YOUR PLOT


Books are like jigsaw puzzles. All their parts must fit together. I read a romance recently where the heroine went for a lonely walk on a lonely beach, was rescued by the hero (who just happened to be there) from a villain who had appeared for no reason. Sure, you want to get your characters together, but if people are going to pay for your book, then give them value for their money. Get those neurons working and link up your plot points. Even Mara's third romance in the book helps Miroslav find her, and Anton find her, and is used by the Bletchley Park decoders to find the spy they've been searching for.

‘You’re leaving!’ Mara gasped. ‘When?’
‘Unfortunately, Britain didn’t send me here for a holiday.’ Hudson looked almost sad and Mara experienced a flash of pity. She decided she would ignore her forebodings, and he picked up her weakness like a flash.

‘Well, you know,’ he said, adding a trace of pathos to his voice, ‘it could be any day.’

I was right, thought Mara, he is experienced with women.

4. CONFLICT
- essential, because resolution is all the lovelier for the conflict your lovers have overcome.

Why hadn’t he leaped up and followed her? Now that’s what I would have done, thought Miroslav, prove to her who’s boss. Well, he was marooned. He couldn’t get off his own island. Miroslav wagged his head at Anton in frustration. He pulled a face and stuck out his tongue. Run after her, you moron! Slam her up against a tree and ravish her. Tell her you’re a prince. Promise her diamonds. Lie to her. Exploit some of that officer’s authority. Don’t just give up.

5. SEX OR ROMANCE?
- is the act as exciting as the chase?

Building up emotional tension is fun and, if you can string it out without overwriting, it's very satisfying for the reader. Anton's in love but he doesn't know it. Not only that, he's far from happy about his confusion. Should he give up his freedom for Mara? Well, frankly, by the end of the book, he's in such a mess, he has to.

Why couldn’t women leave well enough alone? He and his tree had been perfectly at ease and now he was upset, but he couldn’t pinpoint exactly what had upset him. Not what—she. She had upset him. She had got under his skin and he couldn’t get her out. No! Let him rephrase that. He had let her under his skin and, for once, it was more than sex. But how had he let her do this, because, had it been any other woman, he would have ignored the feminine wiles and strolled away. Now suddenly that emotional control seemed to have abandoned him. He didn’t understand why Mara sought him out, what reason she could have for her behaviour and why he overreacted instead of brushing her aside and moving on like the sensible man he used to be. Did she want him or didn’t she?

I did put a 4000 word sex scene in the sequel, Shadower, but I wrote it before I had finished the first book because I was so interested in my own characters that I wanted to find out what happened to them. I personally thought it would have been overkill to include it in Through Forests and Mountains. Anton had enough to get over without trying to woo a girl who had almost been raped by her psychotic boyfriend. (And so did Mara.)

But, more than anything else, he was upset because he had no desire to sleep with anyone but her. It was almost as if sex and emotions went hand-in-hand, which he knew was ridiculous. So, it was beside the point that Mara, a modern girl from a good family and educated, would never consent to sleep with him unless he married her, and it all felt depressingly like the onset of middle-age. But what if she said no? Then there’d be no more sex. Ever. Damn, damn, damn! How had it come to this?

6. LEAVE YOUR READERS ON A HIGH
- and knowing that there is a sequel.

If you want to find a publisher for your romance, ask yourself one question: will it sell? Much as you might think you are writing for yourself, you can't forget the reader who will buy your book, and neither can the publisher who is trying to sell it. In the first draft, I made this mistake and my manuscript assessor said: On this matter, I would like to suggest you re-think Mara’s rape at the end of the book. It’s a brutal way to end a story and even though it’s a relief that she doesn’t die, it is very disheartening for a reader to see this atrocity happen to the heroine on the very last page.

Changed that. Rewrote the final chapter.

I was worried that it would sound corny but, guess what? Everybody liked it! He's still blundering a bit, but never mind. I guess the question of how perfect you want your hero to be is something to think about.

‘I have spoken with the commissar,’ Anton began, ‘who has given us permission to marry. If you'd like,’ he added.
‘Oh!’ said Mara and put a hand to her lips. ‘Oh.’
In an effort to emphasise to her the uniqueness of the privilege granted them, he said, ‘They don't generally allow it.’ Still no reply. He added desperately, ‘The commissar's reply ran along the lines of what he thought would be in my best interests, or rather, you understand, our best interests.’
‘I understand,’ said Mara.
‘What he meant was, I can't go back to sea, so...’
‘Marriage might be a sweetener?’
‘Well, yes, I expect you could put it like that.'

READER, I MARRIED HIM.  I might have written a cross between Jane Eyre and Wuthering Heights. Hmm? Love and conflict, but both had nice resolutions.

Posted by His Most Italian City at 5:22 PM