The Yugoslav Partisans and the Poems of Anđelka Martić 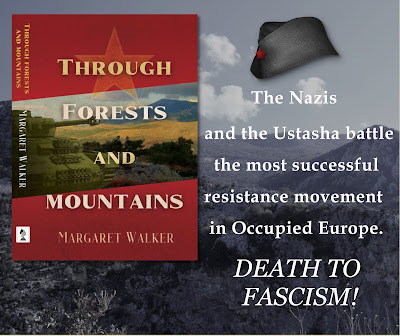 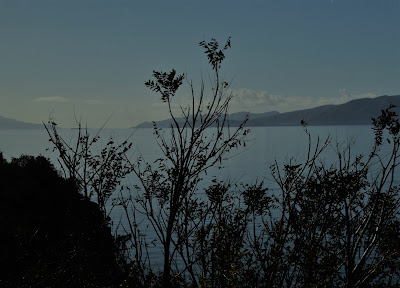 At the beginning of the twentieth century, two opposing political movements emerged from the fall of the old empires: the extreme right of fascism and the extreme left of communism. Today we hold communism in horror as something that restricts the freedom of the individual, but it should be seen in the historical context of those times.

Following the end of feudalism in Europe in 1848, there was a call for the national rights of individual countries that had once been part of empires large and small. Using Italy as an example, the Risorgimento became a movement to unify a country that had either belonged to a succession of empires or been independent city states like Florence, forever at each other’s throats. Italy was united in 1860, Venice was added in 1866 and finally Rome in 1870. If everything had stopped there, it might have been fine. Italian nationalism however, developed into ultra-nationalism and, from there, into a fascist empire in which Mussolini demanded more and more territory inhabited by people who did not speak Italian. Hitler was once known as ‘the German Mussolini’.

Josip Broz Tito was a non-commissioned officer in the Austrian Army when he was bayoneted through the back in the Carpathian Mountains and taken prisoner by the Russians in 1915. Tito had no love for the Austro Hungarian Empire into which he had been born and, following his lengthy recovery, learned about communism in Russia. That he tended, nevertheless, to do things his way is illustrated by his break with Stalin in 1948 when Stalin attempted to boss him around. I spent two weeks in Yugoslavia in 1985 and, to me, it seemed a happy modern country.

Bearing this history in mind, I was delighted to read the poems of Anđelka Martić who joined the Yugoslav Partisans after her brother was killed in occupied Yugoslavia in 1941. I discovered her in 2018 when I bought a book in Rijeka called ‘Po Šumama i Gorama, Through Forests and Mountains, the Poems of the Fighters’. It was clear to me, as I read the poems, that the Partisans in Yugoslavia fought against fascism. As Basil Davidson writes in his book Partisan Picture ‘for them the equation was a simple one and, in destroying the apparatus of corruption and privilege and cruelty they understood by Fascism, they saw the way to their millennium.’

Anđelka Martić wrote her poems in Croatian. The verses are rhythmic and rhyme in either an ABAB or ABCB format. I’m still working on this in English, but for now I’d love to record the depths of Anđelka’s heart that I believe one can only find in poetry.

TO MY FALLEN BROTHER by Anđelka Martić

You’re gone, but the place in the line of soldiers

At which you waited is not empty,

In her tender hands.

Now I am walking where you would have been, beside the mountain.

I am stifling my pain for you in a blaze of colour.

Dream quietly, brother, I know what you wanted,

Until the end your faithful rifle will be heard.

THE LONELY GRAVE by Anđelka Martić

A lonely mound in a pine forest.

Silence everywhere, only the wind is whistling.

Somewhere far away, a lonely mother

With tearful eyes wails for her son.

But the trees in the forest, the branches sob.

Now the forest trembles again like her who calls,

Now the forest is stronger, it is ardent, it is calm.

Why, trees in the forest? Why does your wood

Disturb the silence on a peaceful day

And the scent of the flowers on the bleak grave?

This forest tells the story of that dead partisan…

It whispers to her about our struggle,

About wonderful life when the people win,

About our joy in the success of everyone

And how much these graves are worth!

And a long story about him while the darkness falls.

And when the dawn brightens the sky,

Then the whole forest shivers with whispers:

“Hail! fallen fighters, glory to you!”
WHO ARE YOU? by Anđelka Martić 1944

Who are you, who call us in order by our names?

Who from a distance come closer and closer, illuminated by the sun of joy?

Who are you, for whom lives fall, for whom they gently perish,

For whom our hearts will not stop yearning?

Who are you, who like a goddess calls us your own,

For whom the canons thunder, for whom we love to murmur,

For whom the villages long,

Without whom no one would want to live?

Who are you, who in ours ears whispers to us splendid and beautiful words,

Whom we think of in the fiercest colours?

What is your name, from where do you come?

O come soon, we desire you, we want your presence.

Who are you? What is your name?

O tell us, tell us, what is your lineage?

Through the mountains, through the gorges, the many rivers and fields,

I am called freedom!

I am called freedom and I will come soon!

I translated four of Anđelka’s poems and have two to finish. They reflect the beauty of the land for which the Partisans fought and which, it was clear to me, lay very close to her heart. She writes ‘Red [cyclamen] are everywhere through the forests where the fighters are moving. They see them and smell their pungent aroma. We twitch the gentle stems, we roll up the small flowerets and think it takes us back to the warm streams of our childhood. Once we ran in the woods, gathering red cyclamen. Our song filled the paths and tracks of the forest, but today the forests have become the graves of our fallen comrades.’ In her poems Anđelka first writes about the beauty of the land, but the tragedy of war always follows. ‘And so on a clear spring day, dreams are muddied by reality. But we are not sad because this struggle of ours, the story of thundering guns, concerns beautiful freedom.’

As Tito wrote, ‘Tuđe nećemo svoje nedamo.’
Tuđe means 'foreign' or 'other people's'. Nećemo is ‘we don’t want’.
Svoje is a possessive pronoun. It means ‘one’s own’.
Nedamo comes from the verb ‘dati’ to give. It means ‘we do not give’. 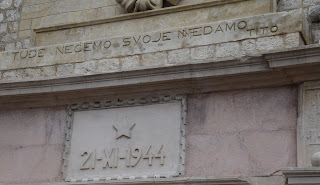 My new novel about the Yugoslav Partisans will be published next year by Penmore Press. Its title is Through Forests and Mountains.

Posted by His Most Italian City at 6:05 PM